The history of insulin therapy and insulin physiology

The year 2021 marks the centenary of the discovery of insulin. Just a century ago, the history of insulin therapy began, and this major event revolutionized the prognosis of diabetes. The development of insulin therapy now allows people with Type 1 diabetes to lead near-normal lives. In order to reduce the heavy mental burden of people with diabetes (especially Type 1), to allow them to spend less time managing their chronic disease and more time on what matters to them, the latest innovations even make it possible to automate and personalize the delivery of insulin.

Retrace the main discoveries and innovations that have marked the history of insulin therapy with us.

Let’s start at the beginning and talk about…

In people who do not have diabetes

Insulin is secreted by the beta cells of the pancreas.

All hormone-producing cells (or endocrine cells) are grouped together in islets of Langerhans, which represent 2% of the pancreatic mass. The islet β (beta) cells make insulin, which is initially produced as proinsulin. Depending on the need, proinsulin splits in two:

It is released into the bloodstream and acts mainly on the liver, muscles and adipose tissue.

In addition to β-cells, islets contain 3 other cell types:

In people without diabetes, the ingestion of food during a meal (especially carbohydrates) is accompanied by an increase in blood glucose levels (glycemia), which very quickly activates the secretion of insulin by the pancreatic islet β-cells.

Once secreted, insulin carries blood glucose to the cells to produce energy, which will then cause a drop in blood glucose levels.

In the liver, insulin promotes the storage of glucose in the form of glycogen, and also helps to produce proteins in the muscles and store fat in the adipose tissue.

By modulating the action of these hormones depending on the glycemic level, blood sugar levels can be maintained within the range of values considered normal.

While insulin is secreted in large quantities at mealtimes, it is also necessary for the body’s basic metabolism (basic functioning outside of meals).

In people living with diabetes

If there is not enough insulin, or none at all, the body can no longer use its usual “fuel” (glucose), which means it can no longer enter the cells.

Consequently, the body must use its reserve “fuels”: fats and proteins. For this, the adipose tissue mobilizes its reserves (triglycerides, fatty acids and glycerol), and the muscles break down their proteins (amino acids). The liver rapidly breaks down its glycogen reserves into glucose, and captures amino acids and glycerol, converting them into glucose. It also captures fatty acids, and transforms them into ketone bodies, which are released into the blood. The muscles no longer take up glucose, and elevated blood glucose levels develop (hyperglycemia). If the insulin deficiency is significant and long-lasting, not only will there be an increase in blood glucose levels, but ketones will also be present in the blood and glucose and ketones will appear in the urine.

History of insulin therapy: a journey marked by major discoveries

The early days of synthetic insulin: an animal origin

The first insulins were extracted and purified from pig and cow pancreas. At that time, we spoke of “ordinary” insulin, administered in 3 or 4 injections per day, using glass syringes that needed to be sterilized, large needles, and a preparation that had to be kept refrigerated.

In the 1930s-50s, various processes made it possible to obtain “long-acting” forms of insulin, used in vials and with syringes. However, this insulin was imperfectly purified. The impurities were responsible for allergies or local reactions at the injection sites; there were also more frequent lipodystrophies and the production of anti-insulin antibodies, which led to lower insulin efficacy.

In the 1970s, the removal of these impurities resulted in chromatographically “purified” animal insulins, called Monopic or Monocompounds. This is known as “highly purified insulin”.

Reproduction of human insulin through a chemical process

The chemical structure of human insulin was described in 1955 by the biochemist F. Sanger.

In the 1980s, animal insulin was replaced by the equivalent of human insulin. It is obtained by transforming pig insulin using a chemical process (hemisynthesis), then manufacturing it through genetic engineering (biosynthesis), using bacteria or yeast. What’s the benefit? Identical to human insulin, this major innovation means that we are no longer dependent on an animal source. It reduces the risk of antibody formation and, above all, provides unlimited quantities of insulin.

In 1993, the results of the Diabetes Control and Complications Trial (DCCT) were revealed: reducing chronic hyperglycemia, assessed according to the HbA1c level, prevents long-term complications of Type 1 diabetes (retina, kidneys, nerves). These results, therefore, show the need for good glycemic control.

This was the beginning of “intensified multi-injection” insulin treatments. The concept of therapeutic education, which aims to provide people with diabetes with the tools to manage their chronic disease, is becoming increasingly important in its management (blood glucose measurement, etc.).

Currently, all insulins are recombinant drugs, produced by genetic engineering. They have exactly the same composition as human insulin or, in the case of insulin “analogs”, a modified composition to shorten or lengthen the duration of action. There are three types of insulin, according to their duration of action and the speed of onset of action: slow (more than 24 hours), intermediate (12 hours), and rapid (2 to 4 hours).

In the 1980s, the insulin pump was introduced. It continuously releases insulin into the body, simulating the pancreatic function of a person who does not have Type 1 diabetes.

At the same time, the first insulin cartridge pens made it possible to limit the use of syringes and vials. These were followed by disposable pre-filled insulin syringes, providing a simpler way to inject insulin, commonly known as an insulin pen. This was a turning point in the history of insulin therapy: it was the end of glass syringes and reusable needles that had to be sterilized with boiling water.

Self-monitoring of blood glucose has also taken a major step forward in the history of insulin therapy, with the appearance of the first continuous glucose monitoring devices (CGM), which allow almost instantaneous, multi-day monitoring of interstitial glucose levels, as close as possible to capillary blood glucose values.

Tools and techniques: where are we now?

People living with diabetes (mostly Type 1 diabetes) take insulin subcutaneously. Depending on the mode of action, they use a long-acting, slow-acting or intermediate-acting insulin to cover basic insulin needs and a short-, rapid-acting insulin at mealtimes. The combination of slow- and rapid-acting insulin approximates the physiology of insulin in the body and is intended to maintain near-normal blood sugar levels.

Rapid insulin “analogs” allow a shorter time between injection and meal, especially outside the home (at restaurants, cafeterias, fast food outlets). This has led to the development of “functional insulin therapy” or “carbohydrate counting”, which is based on an estimation of the insulin dose for the meal, according to the quantity of carbohydrates ingested. A shorter duration of action reduces the risk of hypoglycemia between meals, or in case of multiple doses, between two meals.

The use of subcutaneous insulin pumps, which use only rapid-acting insulin, benefits greatly from the new, faster and shorter-acting insulins, especially in the context of automated insulin delivery systems (also called “closed-loop” or “partial closed-loop”) that connect a decision-support algorithm, a continuous glucose monitoring sensor (CGM) and an insulin pump. Insulin delivery is then automated and adjusted according to the blood glucose values transmitted by the continuous glucose monitoring solution.

In some specific cases, insulin delivery by islet transplantation may also be considered in specialized centers.3, 4, 5, 6

An overview of different movies that talk about T1D. 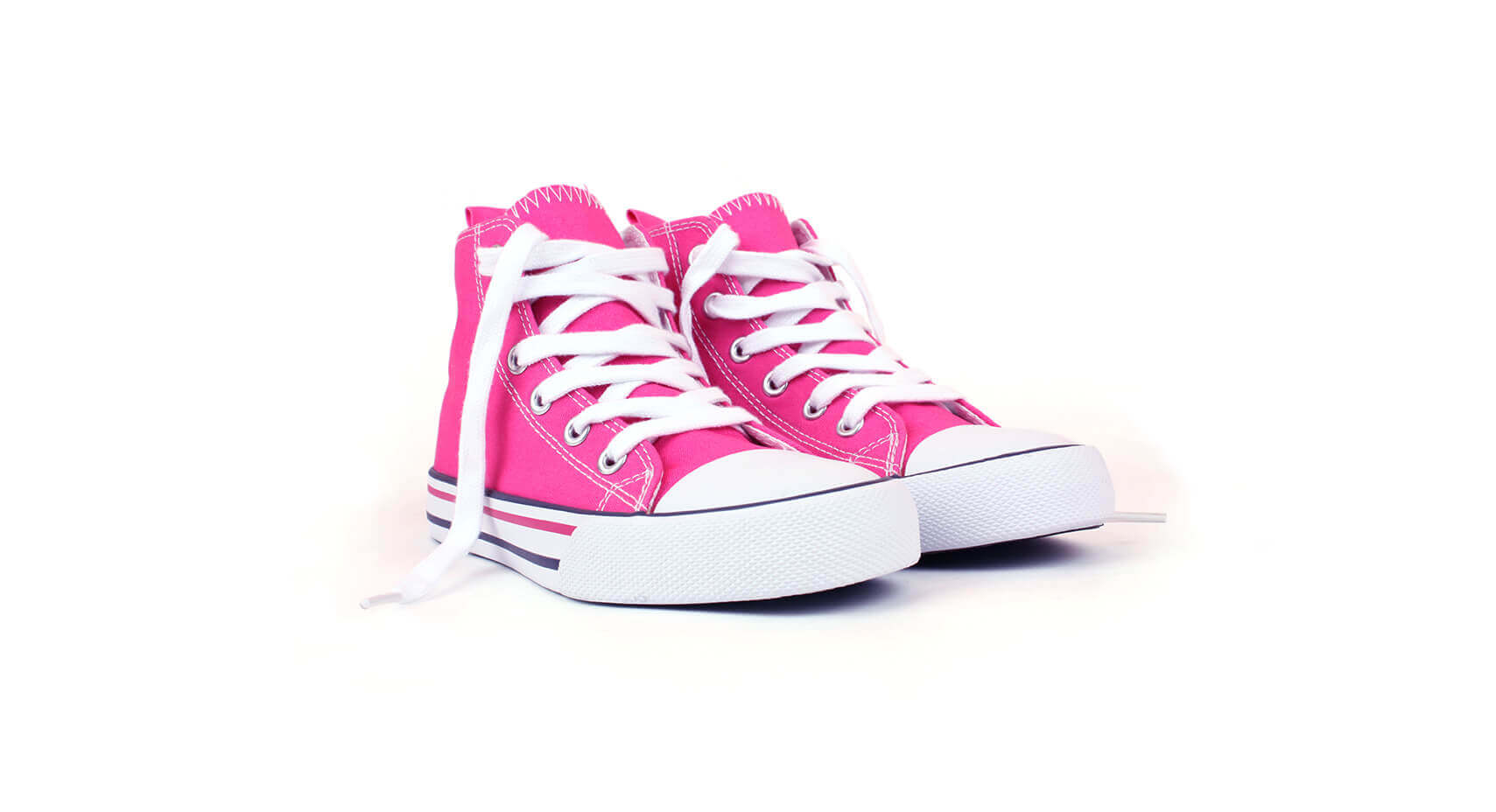 Stéphanie talks about the advances that have changed her life.